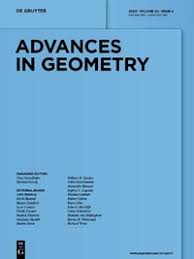 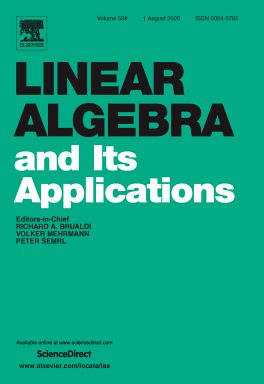 Paper accepted in Linear Algebra and its Applications

Peter, Maria and Leonardo’s paper “Weierstrass semigroups on the Skabelund maximal curve” has been accepted for publication in the journal Finite Fields and their Applications. Here the Weierstrass semigroup is computed at every point of the Skabelund maximal curve (covering the famous Suzuki curve), as well as the Weierstrass points of the curve. Since these are the main ingredients to construct AG codes, the result has interesting consequence in applications. Also, this is one of the few examples in the literature in which this complete analysis is known. A preprint is available here. 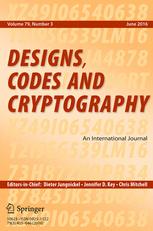 Today Maria’s paper “On certain self-orthogonal AG codes with applications to Quantum error-correcting codes” appeared in the journal Designs, Codes and Cryptography, as a joint work with Daniele Bartoli and Giovanni Zini. Here, a construction of quantum codes from self-orthogonal algebraic geometry codes is provided as well as on a new family of algebraic curves to which the construction is applied, named Swiss curves. The reason behind this curious name, is that the authors developed the key ideas proposed in this publication during the conference SIAM AG19, which took place in Bern (Switzerland). A preprint is available here.

Paper accepted in Journal of Combinatorial Theory Series A